Keep up to date with everything web design.

Stereotype Marketing - A Thing of the Past? 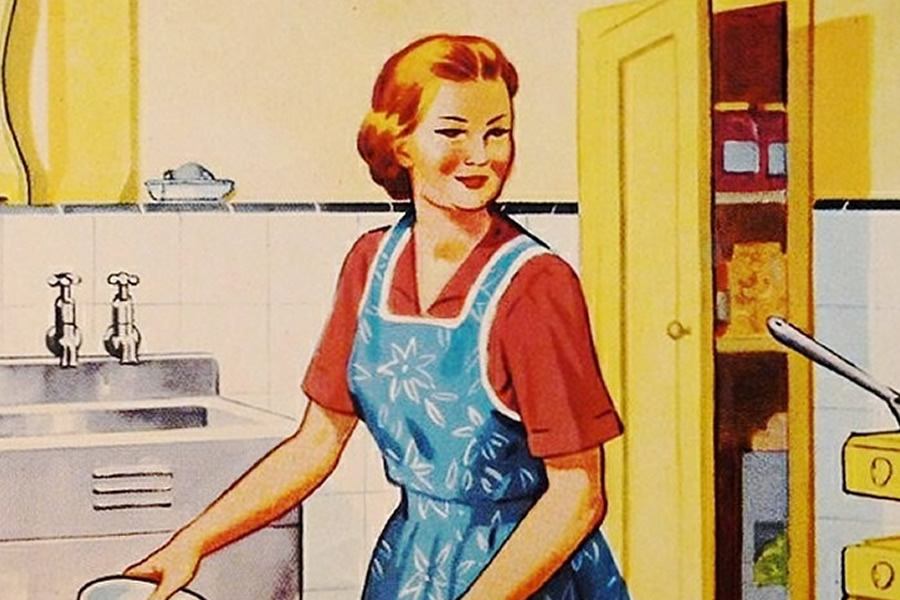 There was a time when stereotype marketing was practically the only thing businesses used to sell their products. We've all seen the ads; a woman baking for her family with perfect hair and a big grin on her face, and a man lounged in front of the TV with a beer in his hand after a hard day's work.

But, is stereotype marketing still relevant today? Or have Britain's stereotypes been squashed?

Men, put down that beer and women, those freshly-baked goods, and join us while we discuss the controversial topic of stereotype marketing.

Stereotype marketing worked for many, many years. And I'll tell you why...

The stereotypes were true.

Whoa, wait a minute, what did I just say?

Before you whip out your pitchforks, I'll explain...

People related to the stereotypes they saw in marketing. With the possible exception of the later years, family roles in the 20th century were much more clear cut than they are today. So gender bias or stereotyping was, in most cases, true. Housewives were at home taking care of their house and preparing the meals ready for their husbands' return from work.

If someone relates to something in an advert, it becomes more appealing. They can see themselves using that product, performing that particular task, and acting like that person on the ad. That is why stereotype marketing was so effective and so widely used. Because, in a lot of cases, the stereotypes were spot on.

Comedians use the same principle by taking stereotypical situations and explaining a stereotypical reaction in a funny way. Why is it funny? Because people relate to it!

Are Stereotype Ads No Longer Acceptable?

Of course, times have changed. You probably saw a lot of advertising in the past that would get some stick today. And you know what, you probably thought nothing at all of it at the time. You didn't feel it was "offensive", or "damaging", or limiting the possibilities of the people it targeted.

This is not the case now. Recently, there has been a push for the ban of "harmful gender stereotypes in adverts". This includes showing women cleaning their houses while men put their feet up, and it also includes men being ridiculed for carrying out tasks typically thought of as being for women. It also includes depicting "limiting" gender job roles. The push for the ban was successful.

This ban has confirmed something we've all known for a while; that opinions and attitudes are changing, and so are stereotypical roles in society.

Businesses are now having to be more creative with their marketing efforts to create things that will appeal to their target audience, while at the same time, not angering or offending anyone.

The simple answer to this is yes, because in a lot of cases, you cannot get that effective relatable aspect which drove the marketing industry for so long.

It's no longer so easy to assume that 70 year old Brenda is down at the local bingo hall instead of strutting her stuff at your new nightclub. It's also not realistic to assume that your up-and-coming car garage will only ever have male mechanics. And it's not a correct assumption that only girls will be playing with your new range of pretty pink doll's houses.

When your customer profile changes, your marketing tactics need to change with it.

Interestingly, though, it's only certain stereotypes that seem to be negatively effected by stereotypical assumptions. Meaning that 70 year old Brenda would likely not be phased in the slightest at your assumption that she wouldn't be interested in hitting your cool new nightclub with her mates. But, that leaves the question, why? Why is some stereotyping more of a taboo than others, and is it ever okay to use stereotypes for your marketing?

The problem with stereotypes in the marketing world is that they can be one-sided, and sometimes even contradictory.

A couple of years ago supermarkets were getting it in the neck for promoting a larger range of superhero costumes to boys than they did to girls. Conversely though, there were no complaints at the lack of princess, fairy, unicorn or generally just pink and sparkly costumes, being marketed to boys. Why is this? Could it be that a little boy would not want to go to school dressed as a sparkly pink fairy? Or, is that an unfair, stereotypical assumption?

In my humble opinion, superhero costumes are generally marketed to boys because:

1) Characters like Batman, Superman, Spiderman etc. etc. are, as the names suggest, male.

2) A lot of boys like to dress up as superheroes.

The controversy surrounding these children's costumes just shows how well marketing works and how much impact it has on the public. Because, think about this;

There is nothing tangible stopping a little girl from choosing a superhero costume if she'd like one. But, the very fact that they're not marketed to girls plays a part in the purchasing decision. This is to the extent that they don't think it's a viable option for them because they (perhaps) don't want to wear something that is marketed to boys.

Realistically, who the product is actually marketed to shouldn't have an impact on who buys it. But, it definitely does, and that is the enormous power marketing can have.

This is something that you need to keep in mind while you're creating your marketing campaigns. You could be unintentionally missing out on a lot of sales because of your stereotypical assumptions that only certain groups of people will want to buy it.

You can use this societal turnaround as an opportunity to speak to a whole different kind of audience. The country is so divided at the moment on many issues; just look at the closeness of the EU Referendum. Even that presents some stereotypical assumptions of the kind of people who voted to exit or remain.

The thing is, marketing changes, and you as a business need to change with it if you are going to make it work for you. But, importantly, you can't always please everyone.

This is an opportunity for you to get mega creative and think outside the box. Stereotypical marketing is, in a way, lazy. It takes very little imagination and it generally feels like it's all been done before. But, if you have no choice but to steer clear of stereotype controversy for the sake of your business, you can reinvent the whole process and come up with something truly unique that's never been done before. It will take time, effort and whole load of imagination, but you can do it!

Build Your Customer Profiles With Facts, Not Assumptions

If you're just starting out, your target audience may not be exactly who you think they are. It may also be difficult to narrow in on specific groups of people, depending on your product or service. Avoid making assumptions as much as you can, and take the time to vet your target audience before you create any ads.

It's a good idea to have a few different profiles for marketing purposes, so that you can tailor different ads to each profile.

Here's how to make it work:

Use Google Demographics - once you have an idea of the location, gender, age and income of the people visiting your website, you will be able to to target them more effectively.

Use Social Media or Google ads to target people in certain demographics - Change one variable at a time (age, gender, location etc.) to see which one works best. You can also run two different ads to people with the same demographics and find out what your audiences generally prefer and respond to. This is called A/B testing.

Create polls, questionnaires and surveys - Post them on social media or email them out to people on your email list.

Once you have your customer profile, you can figure out what might work best for your business. Test the waters with A/B testing on Google ads, or another platform like Facebook. You won't usually nail it first time, but keep going.

Let's use an example:

You have a trendy sports clothing brand and you've discovered your target customers are as follows:

- Both men and women

- Those who enjoy a wide range of sports

You can now do some research about people of these age-groups that are interested in sports. Consider where each group is generally hanging out online, what they like to talk about, the time of day they're most likely to be online, and if specific sports are more appealing to male or females.

You can then create different ads targeting different groups of people to avoid the stereotype trap.

If you are planning to run TV ads or radio ads, it becomes more complicated because you can't target specific groups of people. With ads like these, you may need to make them appealing to people in all the target customer groups at the same time.

Now you have your target customer profiles, you can get creative with your ads. Don't be afraid of being out there. The more "different" something is, the more people will remember it. The key is to do something new and fresh.

You can't pull brilliant ideas out of your (ahem) hat.

Get a bunch of people together and brainstorm different possibilities, subjects, and scenarios. The sky really is the limit!

Stereotypical Assumptions Are Not Completely Unavoidable

At the end of the day, you're going to need to do some guess-work. You can't base absolutely everything on fact. There are too many "groups" of people to do that.

For the sake of your business, stay away from anything that may be considered "damaging" and work with the strengths of your team to come up with a new marketing concept. 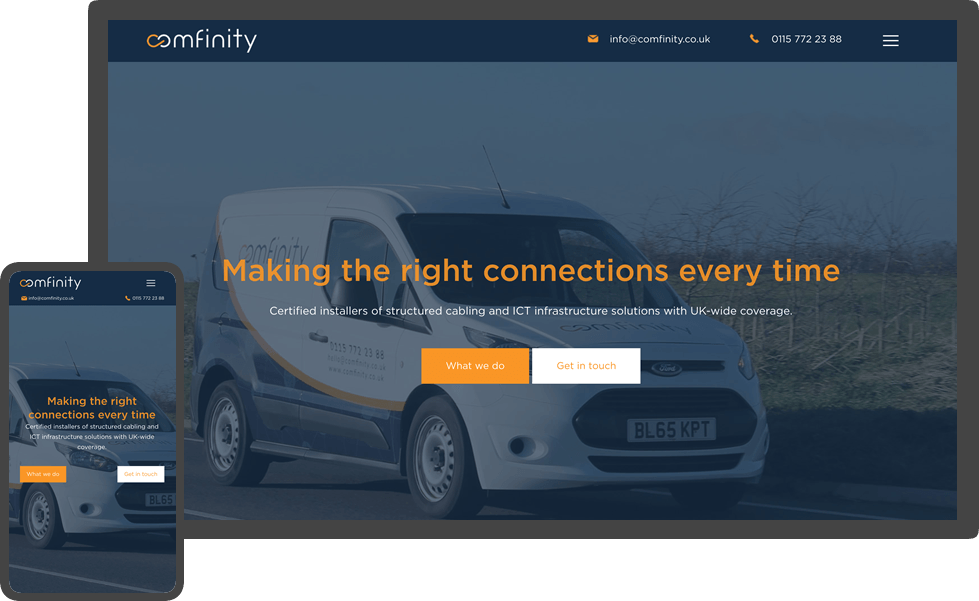 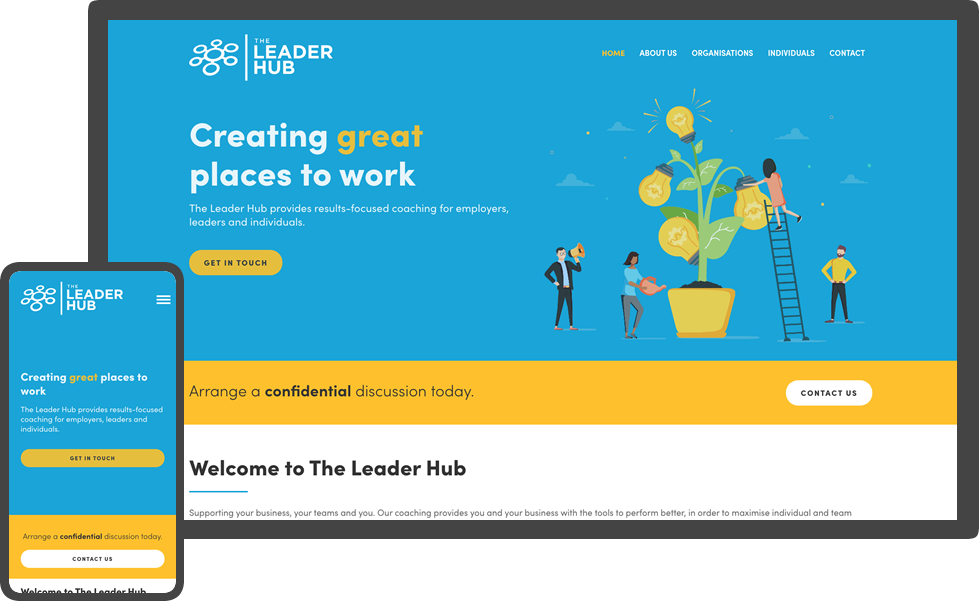 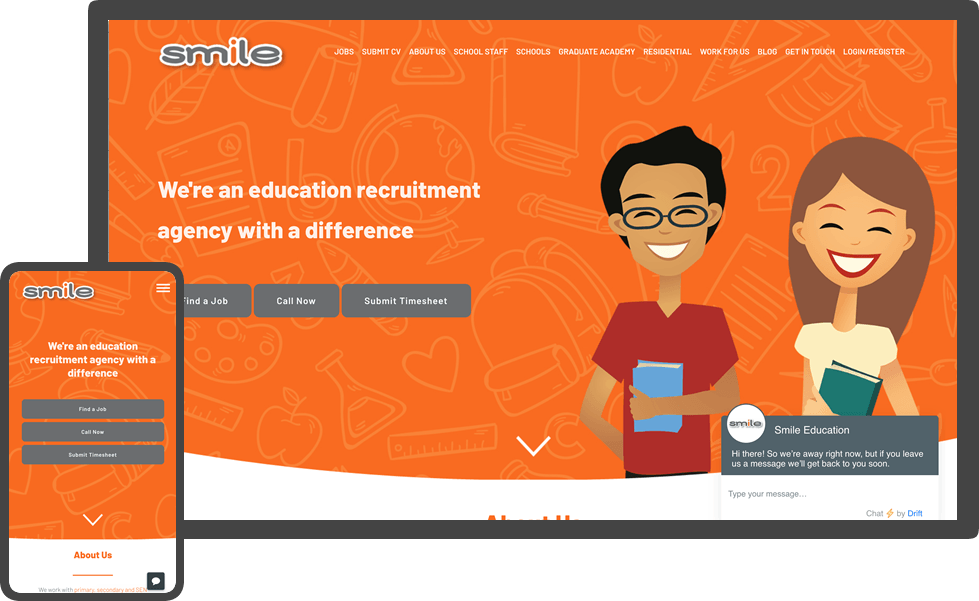 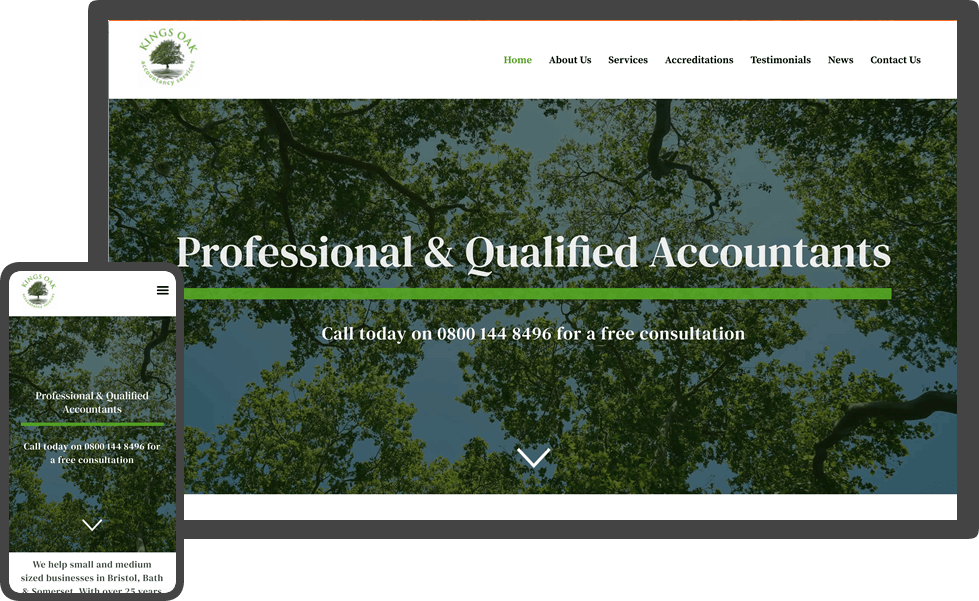 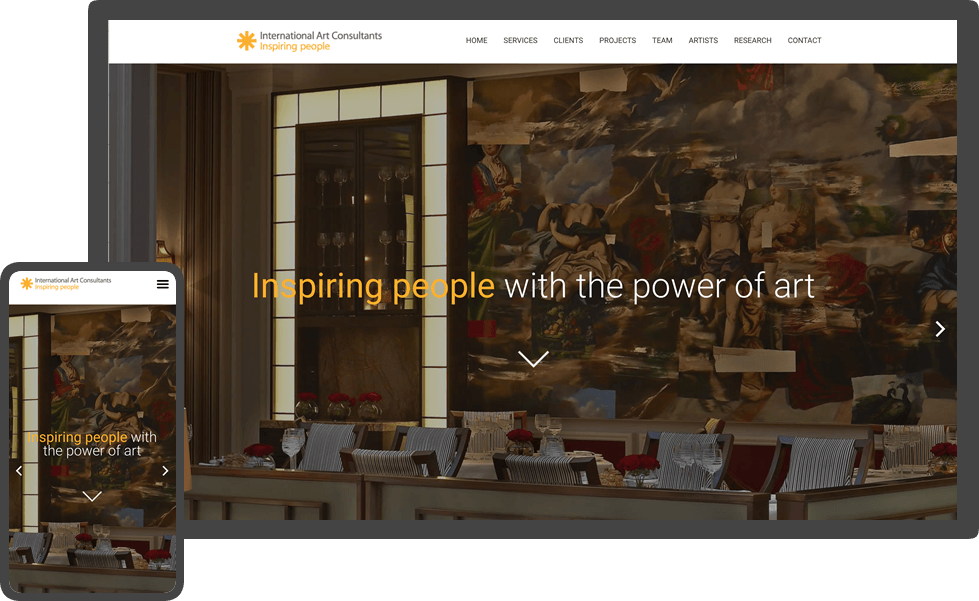 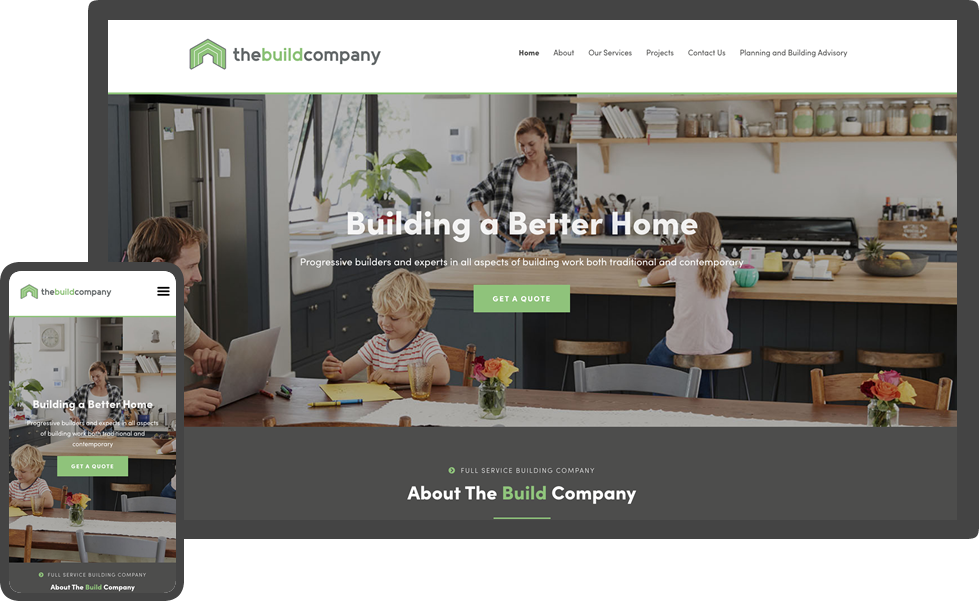 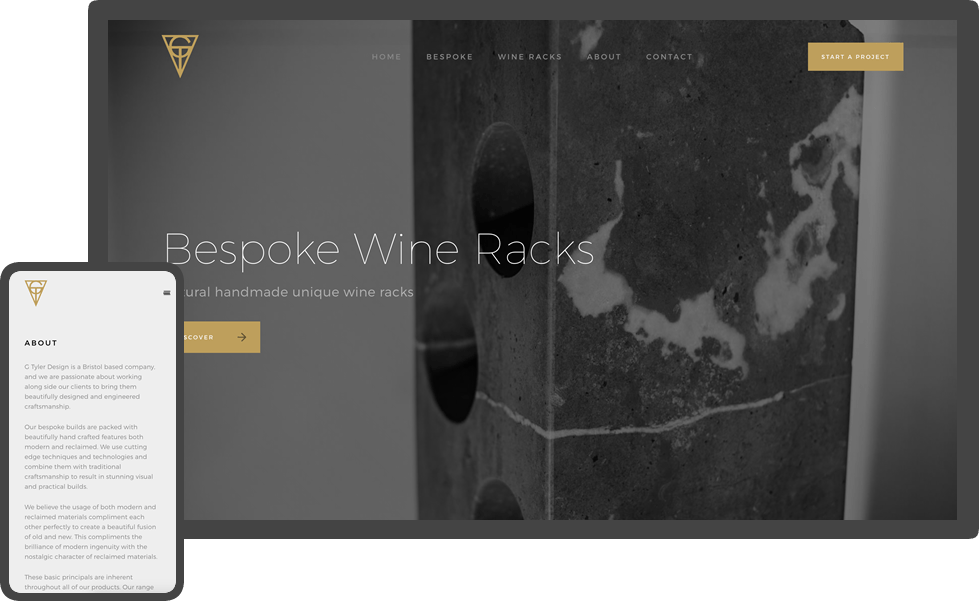 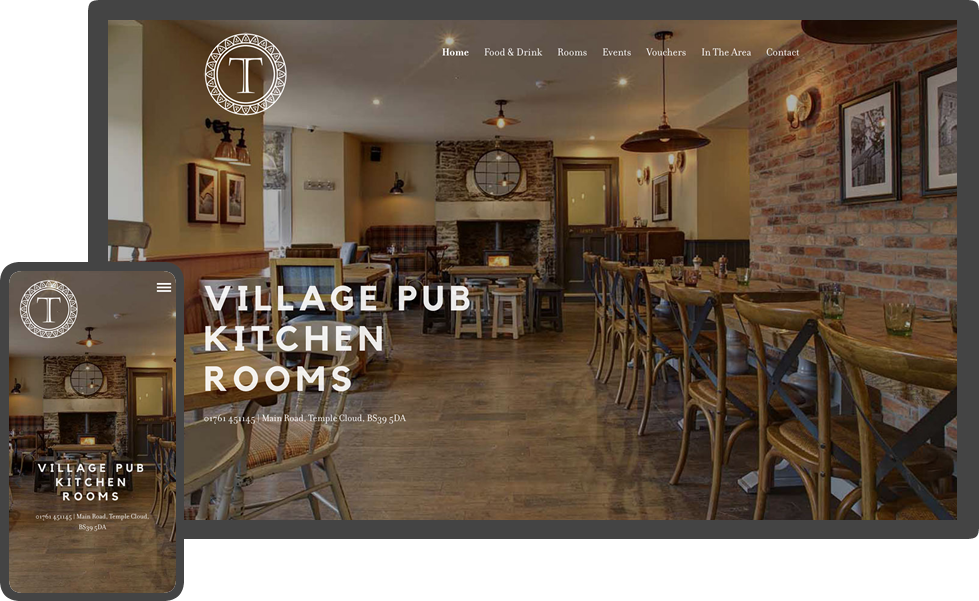 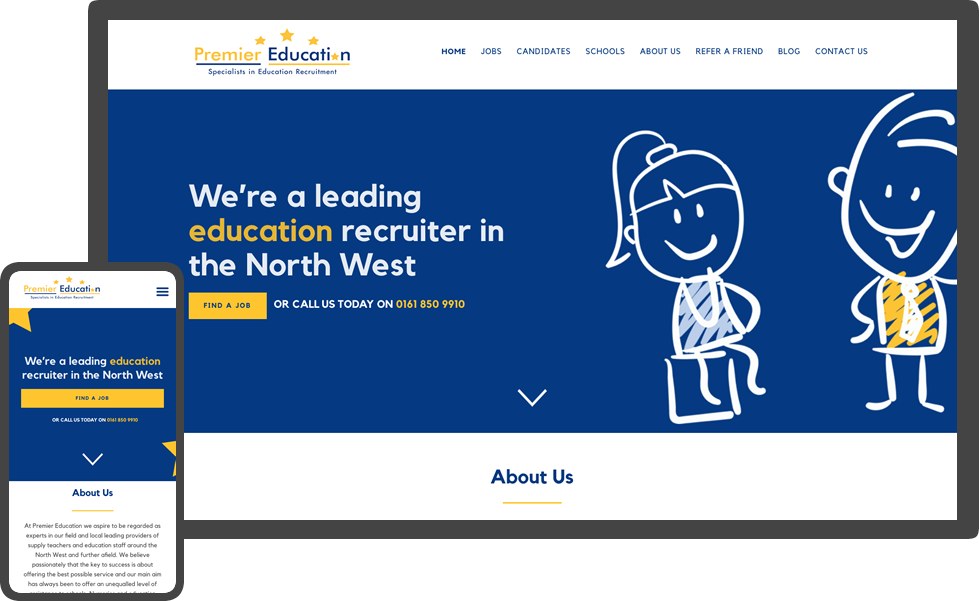 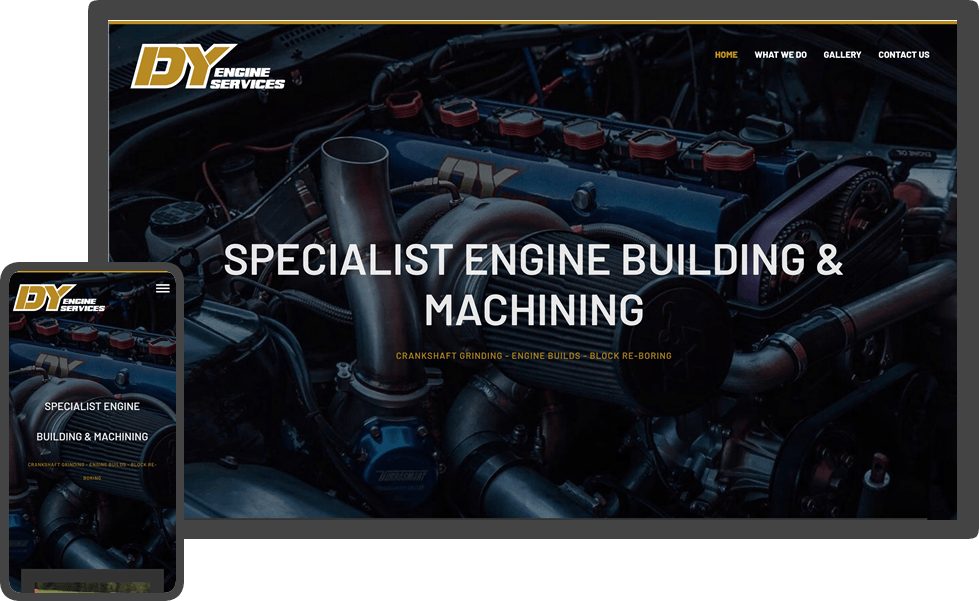